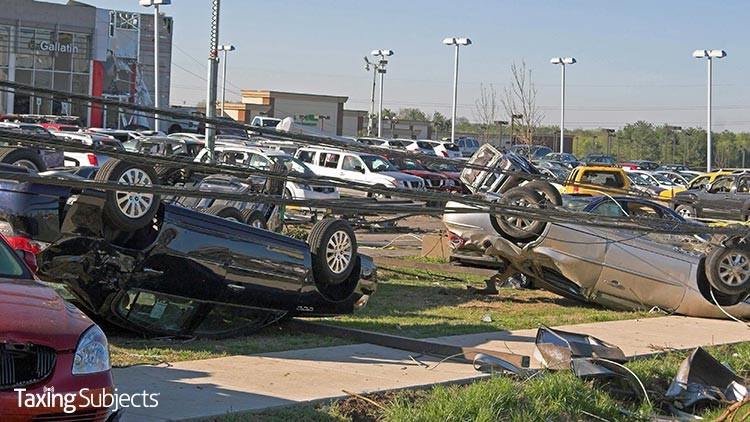 Some individual taxpayers and businesses in certain Tennessee counties have gotten some good news for a change: They have until August 2 to file their various tax returns with the IRS.

These taxpayers have had their share of bad news lately, mostly due to spring storms, flooding and tornadoes that ravaged the state on March 25 and again on April 3.

The Internal Revenue Service granted the relief package based on the counties that have been declared federal disaster areas in Tennessee by the Federal Emergency Management Agency (FEMA). This makes the relief benefits available to individuals and businesses with addresses on record in the following counties:

This list may expand over time, as new counties and communities are declared federal disaster areas. For a current list of eligible locations, check out the disaster relief page on IRS.gov.

The relief package takes various tax filing and payment deadlines that would have occurred any time since March 25 and pushes them back, giving affected individuals and businesses until August 2 to file their taxes and pay any tax due.

The IRS says it will abate any penalties on payroll and excise tax deposits due on or after March 25 and before April 9, as long as the deposits are made by April 9.

Remember, relief measures are granted automatically; there’s no need to contact the IRS to apply. Whenever an affected taxpayer files, the IRS checks the address of record during processing and applies the relief.

Those who live outside a disaster area but have records needed for filing located within the disaster area should call the IRS at 866.562.5227. Workers helping with disaster relief efforts in the affected counties who are affiliated with a recognized government or philanthropic organization should also call the number.

The relief measures for Tennessee counties is the latest package set in motion by the IRS. It joins previously announced measures in five other southern states:

Filers, whether individual taxpayers or businesses, have the option to claim their uninsured or unreimbursed disaster losses either on the return for the year the loss occurred (such as the 2021 return to be filed next year), or the return for the prior year.

For any return that claims a loss, write the FEMA disaster declaration number – in this case, 4601DR – on the return before it’s filed. Publication 547 has more information on the process.

If affected taxpayers in the disaster areas need an extra extension beyond the relief given, they can submit a request for an automatic extension, pushing their filing deadline back to October 15. The IRS reminds, however, that an additional extension applies only to filing; payment will be due on the date specified in the relief measures.

Source: IRS extends May 17, other tax deadlines for victims of Tennessee storms